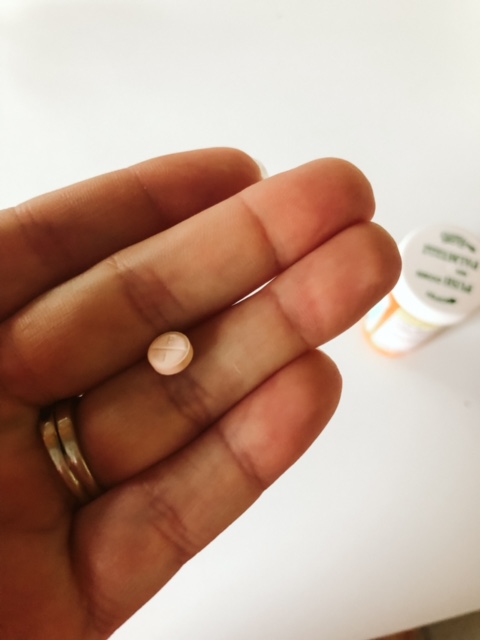 Our fertility journey is an uncomfortable discussion for us. Between losses and periods of infertility it’s just not something I love to bring up. However, I recognize that so many people out there are like me and could be struggling to. After our miscarriages I vowed that if I had the platform I would talk about it. I don’t get a ton of views on my blog and it’s not making me money, but it is a platform. If I can do anything to help someone feel less alone in their fertility struggles it is worth it. It’s been, hands down, the most difficult thing I’ve had to go through and has truly changed who I am. I haven’t shared an update in awhile, mainly because there was nothing to report but as of the past two weeks that has definitely changed. Without further ado, a summer ‘22 (in)fertility update.

If you know me or have been around awhile you can definitely skip this part. If you haven’t been around this is definitely relevant because without it we would have no fertility update.

We had our first miscarriage in 2019/2020. The entire process lasted a couple of months because my body didn’t want to let go. Amazingly, we found out we were pregnant again in March 2020. At 12.5 weeks, we lost our second baby. With each loss, I changed a little too. This was also during the time of the pandemic and shutdowns so it was a really difficult time. In a sense, though, it made time go more quickly. Before we knew it, it was 2022 and we’d been trying for another year and a half after our loss with zero success. I’d tried just about everything on my own and nothing was working. At 31, it was time to make some decisions.

When a lot of people look at fertility they don’t think that there are many options. From what I’ve experienced and had others around me experience it’s some sort of- “oh it’s not working, here’s a referral to the fertility clinic.” What is the fertility clinic, you ask? IUI or IVF. My OB was not interested in helping with any drugs since we didn’t have issues conceiving (at first). Plus, due to the losses she felt that IVF was our only choice. She attributed our miscarriages to chromosome issues and told us that the only way to prevent that was to have our embryos tested as part of the IVF process.

I’m not saying I disagree with IVF but that just has not felt like part of our plan. I’ve not felt called to go that route and I’m really hoping we don’t have to. Plus, the cost is enormous and we just aren’t ready to make that investment quite yet. In addition to that we had the baby in our second pregnancy tested for any genetic issues and there was nothing wrong with it. Granted, there are other genetic issues that could be a factor but the big chromosomal issues that the OB suggested clearly were not correct.

What were we going to do?

It is relevant here to also mention that my sister also has infertility problems. She is going through the IVF process and it has not worked for her quite yet. This is relevant because she follows a lot of instagram accounts that deal with infertility. One day she stumbled across one who was going to a doctor that specializes in what is called NaPro Technology. What is NaPro Technology? “NaProTECHNOLOGY (Natural Procreative Technology) is a women’s health science that monitors and maintains a woman’s reproductive and gynecological health. It provides medical and surgical treatments that cooperate completely with the reproductive system.”

What the heck does that mean? It means that they look at the body as a whole to try to find out what could be causing miscarriages and other fertility issues. As a person who is very concerned with my health and works constantly to try to make sure I’m getting what it needs to function optimally, I was highly interested. Unfortunately for me, the closest doctor was an hour away and had a six month waiting list. We decided to pursue it anyways.

The most exciting part of our fertility update begins in June. I started working with my NaPro doctor in June 2022. The first thing they did was get me started on some standard supplements. I started taking Optivite, FertiliAid, and a vitamin b6 that is an extended release option before I even started working with the doctor. The next step was to go through my entire history to get a good grasp of what happened. From there, they recommended a ton of different testing and switched up my supplements. They did extensive testing looking for anything that could possibly be a cause.

Within a week, they identified the first issue. I never thought I would be so excited to have something wrong with me. It was FINALLY an answer for us. That first round of testing revealed that I have Hashimoto’s, an autoimmune disorder that impacts my thyroid. Several of my thyroid levels were out of range so she prescribed a thyroid medication right away. I started that in early June and have already started to notice some impacts (mainly on digestion). We will retest levels again in a few weeks. They also switched the FertiliAid over to OvaBoost.

It’s been a lot of poking and prodding so far and we are not done yet. I also have to go for an exam and a test for some infections that you can have but not have any symptoms for (how crazy). That is coming up in a couple of weeks. At that appointment we will also go over all of the findings and make a plan for starting to try again. I guess I should have mentioned, they recommend if you have 2 or more losses you don’t try to conceive until they get all the results back. Thankfully for us, this is going very quickly. It can take longer depending on where you are at in your cycle because certain tests have to be done at certain times. I had the first appointment with the doctor and was at the right point in my cycle to start testing the very next day.

I’m also doing what I can to manage the Hashimoto’s with diet and exercise. I’ve had some issues with eating enough calories during the day which is not good for the thyroid. I’m also working to make sure that I have a good workout routine to lift weights at least a few days per week.

The best thing I can say in this fertility update is that we actually have an answer at this point. After a few years of being told “nothing is wrong,” we finally found something that was wrong. It seems absurd to be thankful that you are sick but it’s also a blessing to be able to have some sort of answer as to what happened. I’m so thankful we chose this route too because I’m able to heal my body and know what is wrong with it. IVF wouldn’t work any better than just trying if my thyroid is unable to support a baby. We’re finally moving forward, slowly but surely. Hopefully this is the first step forward on our journey to baby Hart.