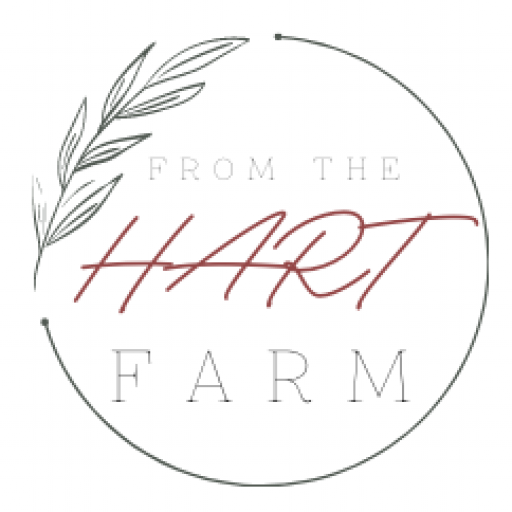 Talking about miscarriage isn’t something that people like to do. Even for a long time I didn’t want to talk about mine. There is nothing that people can say that will make you feel better. Talking through it is painful and sometimes feels like putting salt in a wound. When I found out I was having my first miscarriage I started looking for blog posts everywhere. I found very few. The ones I did find weren’t that similar to my story so they didn’t help that much. I realized even then I would need to share my story. If it helps just one person not feel so alone then it’s worth sharing. So, with that being said, here is the story of our first miscarriage.

Finding Out We Were Pregnant

We found out we were pregnant around a month after our wedding. We had only been trying since getting married. Knowing others with fertility issues made us feel extra blessed that it worked for us right away. It was exactly what we were hoping for. I was tracking everything in my cycles. That meant I started testing really early. I think I was exactly four weeks on the dot when I got those two pink lines. Right away I ordered a special shirt so that I could tell my husband. I still remember those days and all of the excitement that we had. We couldn’t keep it a secret for long and decided to tell my parents too. It was Thanksgiving so we decided to share with them by giving them books about being a grandpa and grandma. I still remember that day too.

Two short weeks later our world turned upside down. My doctor ordered a standard blood panel to be done before my first appointment with my OBGYN. Due to the holidays, I decided to get it before Christmas as my appt was right after and I didn’t want to feel rushed. Part of this testing included a urine test. That’s when I found the blood. I immediately lost it. I was terrified. It was brownish blood, not gushing, so that was a decent sign. I was still freaked out though. I called my husband to meet me and I stayed at the hospital until I heard from my doctor. Thankfully, they were able to get me in for an ultrasound the same day.

Turns out, our little babe had a heartbeat and was doing just fine. They were a little concerned with the placement in my uterus though. From what they could see on the ultrasound it looked like I had a heart shaped uterus. There was a change that the baby implanted itself too close to the fallopian tubes. Unfortunately, the only thing we could do was wait it out. We scheduled our appointment for the next week and were cautiously optimistic.

The Words No One Wants to Hear

At that next appointment our optimism was dashed when we heard the words “there is no heartbeat.” It was a devastating moment. They let us out the back door of the office and I’ve honestly never felt more ashamed. Immediately, I felt like the biggest failure. I ran the gauntlet of emotion. Grief is ever changing and so, so painful. We only knew our babe for a few short weeks but it already changed our world.

They gave me three options that day-

I didn’t make a decision that day but the following I decided on the medication. My body doesn’t react well to surgery so I did not want to go that route. However, with the holidays coming up I didn’t want to spend them miserable just waiting for my body. As it would turn out, that’s exactly what I would end up doing.

The medication didn’t work. I had strong cramps for the entire day and some light bleeding but that is it. I knew for certain that wasn’t the end of the process. This was confirmed by a blood test when my HCG was still high. At this point, they recommended the surgery but it was also the holidays so I decided to just wait until January. It sure made for a pretty miserable new year to be honest! How was I supposed to look forward to a new year when I was still stuck in the last one?

After Christmas I started to try to figure out what was going on. My HCG levels were going down but they were extremely slow. In other words, I still felt very pregnant even though I wasn’t. I got nauseous in the evenings and felt tired all the time. It was nearly a full month since finding out there was no heartbeat and I was still carrying our tiny bean.

Being the non-toxic person that I am, I decided to try to find natural remedies to induce miscarriage. There isn’t a lot of information out there on this. The one controversial thing I read was about raspberry leaf tea. This tea is supposed to help by causing the uterus to contract. For those who are pregnant it helps strengthen those muscles for birth. THIS IS NOT MEDICAL ADVICE but I tried the tea. If it does cause contractions that is exactly what I needed. I started drinking 3-4 cups of this tea per day. Within a few days I was seeing the results. I had the worst cramps and bleeding throughout the day at work. By the time I got home I needed constant ibuprofen to keep me functioning. I missed a dose and was in so much pain I couldn’t function.

The Pain of Miscarriage

This is something I don’t like to share. It’s embarrassing to me but I’m going to talk about it because people need to know. No one really tells you what to expect. It was the worst pain I have ever been in. I’m not a wimpy person. I like to think I have a high pain tolerance. This pushed every limit that I had. I have no comparison to be able to rate it compared to birth. It’s hard for me to talk about because I feel like other women will judge me. They will tell me that birth is much worse than a miscarriage. The truth is, I don’t know. I do know that the pain was excruciating.

Once the baby finally passed the pain was immediately better. My body was exhausted and I slept almost the entire next day. After that my HCG dropped to a zero almost immediately and they confirmed with an ultrasound that my uterus was completely empty.

My periods returned to normal within a month and we were given the all clear to try again! I was mentally not healed at all though. Every day on my way to work I would bawl my eyes out. I had to give myself a lot of grace to get through it all. If there is one thing I know it is that grief is just not linear. Sometimes I was fine and then a song would make me cry out of the blue. Healing is not just physical but also extremely mental as well.

Little did we know there would be more heartbreak in our future. If you are going through this please know that you are not alone. A lot of women have been through it and choose not to talk about it.  I pray for those who have to experience this and for all of us who have babies in heaven. Even though we haven’t gotten our miracle yet I know that God is good. If you are in this season of waiting I am with you and I am praying for you.